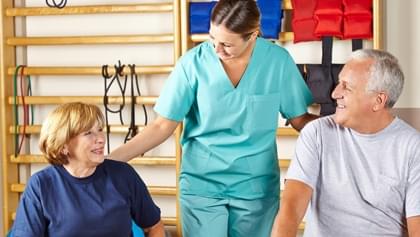 Paraplegia is loss of motional and/or sensational abilities in two legs and generally lower body (abdomen and belly).

Multiple Sclerosis (MS) is a nervous system disorder. The goal in treatment programs for reduced or lost motor (movement) functions is for recovery of the motor functions.