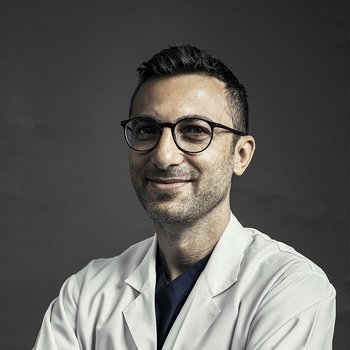 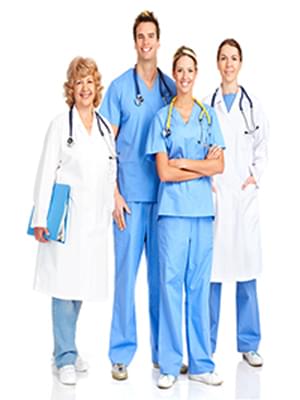 Emergency services are dynamic areas where not only tragic but also funny events often take place. Following my graduation from the Medical Faculty of Ankara University, I experienced numerous funny events within the five year period of my employment as an Assistant Attending Physician of Emergency Medicine in my hometown, Trabzon, between 1999 and 2004.

Before telling about these events, I must tell another story which will help you better figure out the character of the people of Trabzon. A colleague of me, who comes to Trabzon to work as an assistant during the same period as mine, arrives at Trabzon around six o'clock in the morning. He parks his car by the road to buy some drink from a snack bar. As soon as he gets out of the car, he hears a man, whom he found out to be a taxi driver, calling out to him;

- First of all, welcome to our city.

- Your car blocked my way, so how will I get out of here if a fare comes up?

- Sir, I’m just about to buy a drink from the snack bar over there, it won't take even 10 seconds.

- I understand what you are talking about, but how on earth will I take my cab out of here if a fare calls me?

- I understand what you are talking about but how on earth will I take my cab out of here if a fare calls me?

- Alright, alright, he says and parks his car one meter away, buys his drink and comes back to his car, a little frustrated, asking the taxi driver;

- So was there any fare when I was away, sir?

Unmoved, the taxi driver replies with a permanent smile on his face:

Now that you have an idea about the people of Trabzon, it won’t be hard for you to believe in what I'm going to tell you now. Around 11.00 p.m., we were sitting as a large group in the intern room right at the entrance of the emergency service. A man in his forties rushed into the room, seemingly in panic, with the index finger of his right hand stuck into his right ear; he goggled his eyes and spoke with a shaky voice;

- Why don't you take your finger out of your ear so it will go out?, said one of the interns.

After a moment of hesitation, he took his finger out of his hear. A little later, the fly flew out of the ear. Naturally, everybody burst into laughter, including the patient himself. We soon learned that the patient had come all the way from his village at a three-hour distance to the hospital, just for this simple issue, with his ear blocked by his finger...

The season when figs ripen is also the season when people of my hometown start to fall off fig trees. This is the issue for everybody in the town, no matter what gender or age. I even had an 83-year old female patient who fell off the tree. One day, as I was about to take over the night shift, I saw four patients in the trauma room. My colleague said:

When I heard this, I couldn't help myself asking the last patient:

- I'm sorry to hear that, but I really wonder why you fell off the pear tree while everyone else fell of the fig trees.

- Well, doctor, we have a pear tree near the fig in our garden; I knew that climbing up the fig tree is dangerous, so I climbed up the pear tree to reach the fig from there, but I found myself falling of the tree.

- So you say you have pain only on this part? (I point at the lower right corner)

- It gives me too much pain when you press down there.

- Well, was the pain always on the lower right corner?

- Sir, I am asking about the pain, where did it start?

- It started when i was in Akçaabat town, my son...

A doctor can fully enjoy his profession in the city of Trabzon where people always love and respect physicians. One day, I was telling a patient about the prescription I wrote out when he interrupted me, saying:

- Doctor, I swear to God I will find and take whatever drug you prescribe, even if I know that it's a poison. Don't waste time telling me about the drugs, after all the pharmacist will write them down on the drugs for me. Can I do anything for you?

- Thank you very much.